Play me, I'm yours 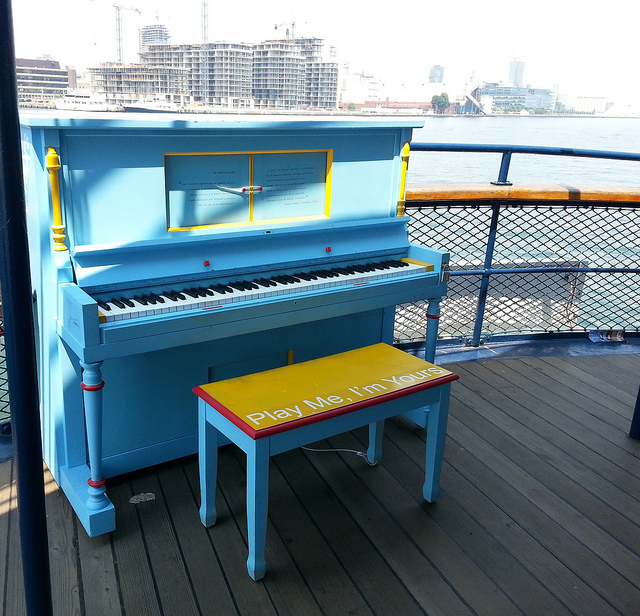 Over the course of the past few weeks, I have found myself wandering over to the boardwalk to sit near the piano that mysteriously appeared at harbourfront centre not too long ago. A brief message scrawled above the keys reads: "play me, i'm yours"....
It has proven to be a really enchanting experience to sit and listen everyday, as I watch people interact with the object and eachother, while eating my lunch.
I remember a few years back, there used to be a piano at the bar I worked at, and while drunk people slamming on the keys and playing chopsticks was always a point of tension for everyone around... I have found it to be a really haunting experience to sit by the lakeside and listen to people keying away at the piano in song.
One thing that has really struck me with each new visit, is the diverse range of people who can play, from old to young, across culture and status, it just goes to show just how much music really does reach people. 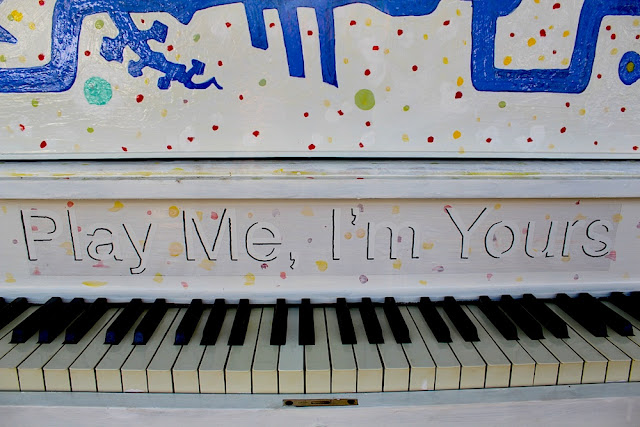 Play me, I'm yours is a project that was initiated in 2008 by British artist Luke Jerram, involving 15 pianos distributed across Birmingham, England over the course of three weeks.
Since then the project has gained in popularity, spreading to cities that include Sao Paulo, New York, Paris, London, Sydney and Toronto!!
For the project, a number of local artists have been recruited to paint each of the 41 pianos across the city, before dropping them off in diverse locations that include: Pearson Airport, the CN Tower, the Distillery and even a Toronto Island ferry- with a special player piano that is rumored to be playing Barry Manilow on loop.
While there is surplus of access to pianos across the city this summer, I am really regretting the fact that I never learned how to play, but for now I can be satisfied with just sitting by and listening quietly. 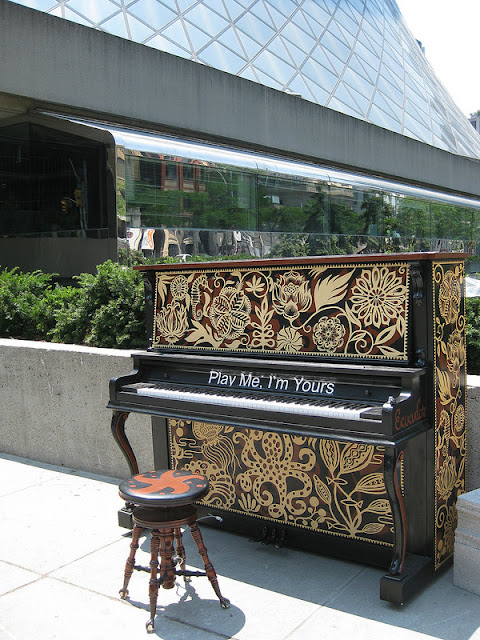 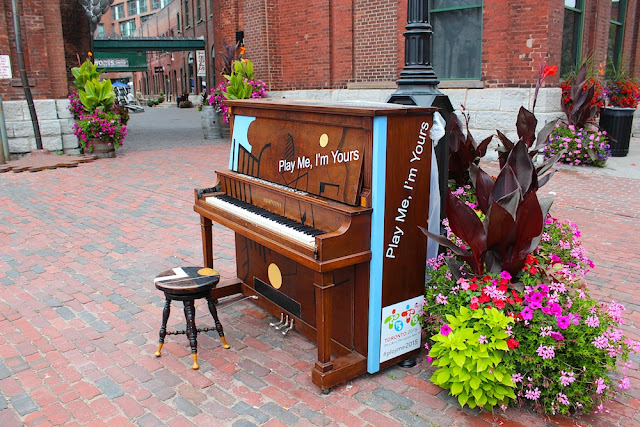 Posted by lizz aston at 5:49 PM No comments:

Over the course of the past month, the city of Toronto and its various arts and cultural institutions have focused on presenting a series of events in commemoration of the bicentennial of the War of 1812. From a free concert by the Toronto Symphony Orchestra to a light show on the CN Tower to a 200-tent art installation and multiple free concerts at Fort York National Historic Site; a diverse mix of historic and contemporary events have been staged across the downtown core.
With the majority of events occurring in mid-June and Canada day now passed, here is a last chance opportunity to still check out one such event - an exhibition of five artists that responds to and explores themes surrounding the War of 1812. This exhibition, at York Quay Gallery will be open until Sunday, July 15th. Here is an interview with curator Pat Macaulay and a brief excerpt on the show. 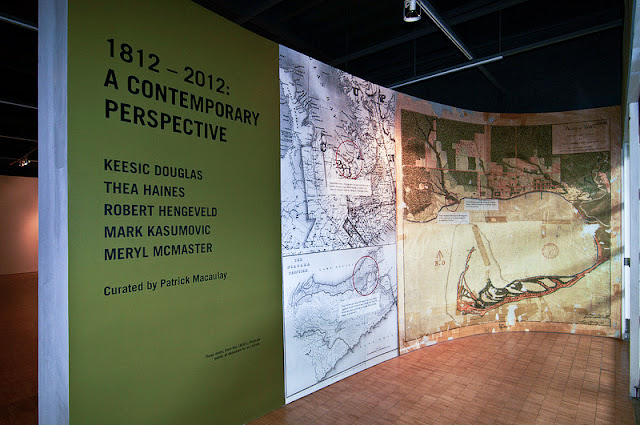 Time passes slowly. How we remember and how we understand the past is always in question. This exhibition invites five contemporary artists to explore the War of 1812 through its historical complexities and bring forward a contemporary perspective. These artists are both emerging and established and work in a variety of materials (sculpture, video, photography, installation and textiles).

Produced in partnership with City of Toronto, Museum Services, as part of a citywide programme for the Bicentennial Commemoration of The War of 1812. 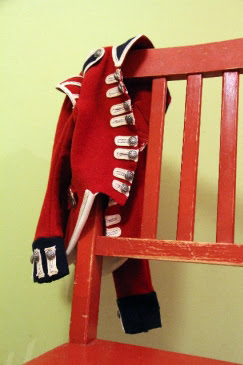 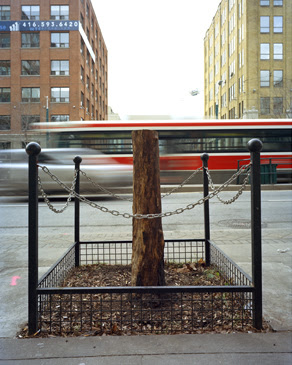 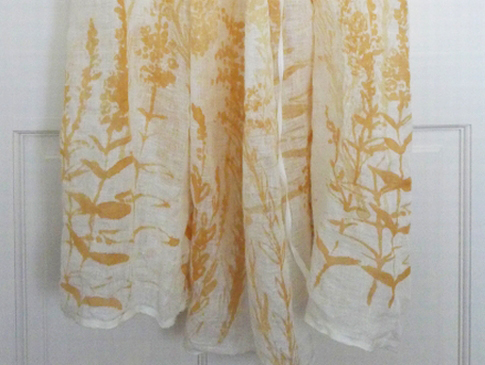 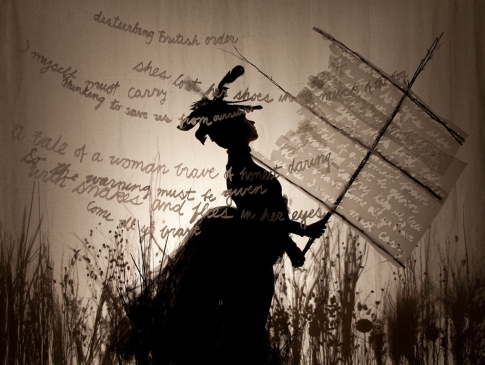 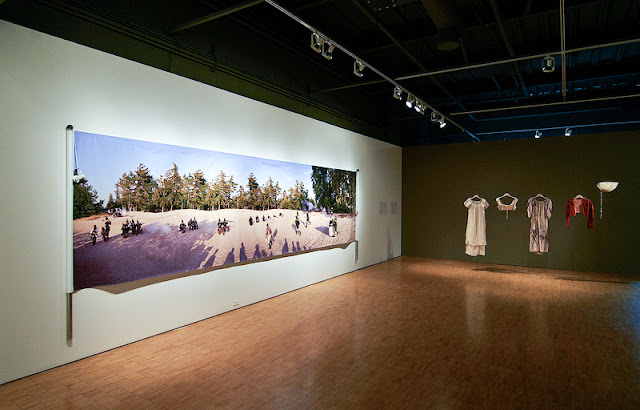