Wednesday at the galleries:
This is going to be a busy and exciting week for gallery-goers, designers and art lovers alike, as Thursday begins the kick off of Toronto International Design Festival (TIDF).
I have planned a strict itinerary for myself and am going to try and borrow a friends camera so I have some nice pics to show you later. I'm really looking forward to being inspired!
I'm planning to start off a bit early tomorrow after I finish up at the studio and visit two shows that I have been meaning to see for a while now. The first exhibition being a retrospective show of the late Lily Yung at the OCC.
I had the pleasure of meeting Lily at the 2010 Ontario Crafts Council -
Award Winners Exhibition, where she was awarded the John Mather Award for Lifetime Achievement. Here is a look at some of her work in the show:

The Genius That Was Lily Yung:

ahead of her time 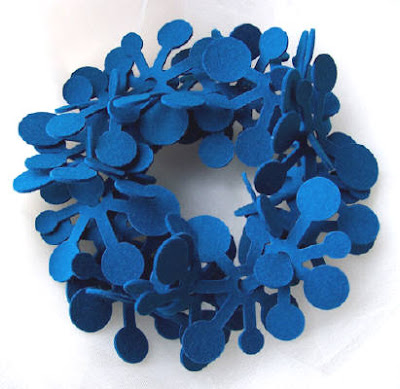 Curated by Beth Alber, Anne Barros and David Kaye, The Genius That Was Lily Yung constitutes a retrospective exhibition of Yung's work from her early printmaking days to her explorations in jewellery using Rapid Prototyping (RP) systems.

Born in Hong Kong, Yung received her Ph. D. in Immunology at the University of Alberta where she also studied printmaking. She began making jewellery in non-precious materials in 1986. Since 1994, she used textile techniques in wire and beads to transform them into exquisite jewellery. Her work has been exhibited across Canada and internationally, and has won numerous awards in both printmaking and jewellery. Yung was a founding member of the artists run fine craft gallery *new* in Toronto, as well as a co-editor of NewViews, a series of notes and reviews on Canadian craft practice. 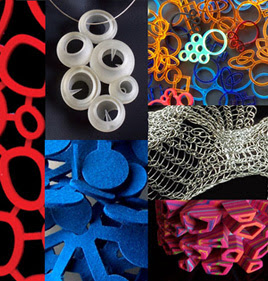 The second stop on my list is to see Kai Chan: A Spiders Logic 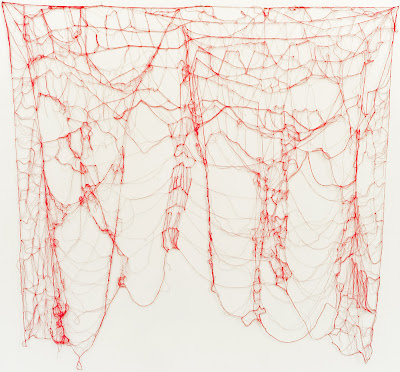 Exhibition Overview
A 35-year retrospective at the Textile Museum of Canada from November 7, 2010 - May 1, 2011
Kai Chan expresses the small moments of daily life, employing materials and techniques that speak to tradition and modernity. To view Chan's artwork is to see him as a ‘master of the unremarkable’ – twigs, thread, toothpicks and buttons are the ephemeral materials that he employs to create transfixing ‘other-worlds.’ He works with common, household ‘things’ that are reminders of his years growing up in China. Chan has altered the gene pools of what constitutes sculpture and what constitutes textiles by manipulating and representing elements of the natural world to conjure impressions that play on natural phenomena, geographical boundaries and cultural influences. 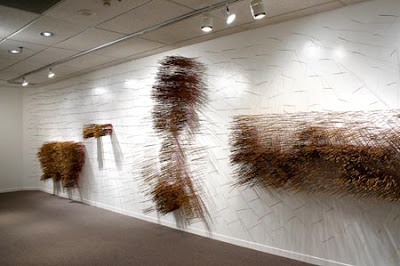 Additional Information
A Spider’s Logic brings together many key artworks that have never been seen together before. Significant focus is placed on new work made especially for this exhibition.
Kai Chan’s work is critically received equally within the discipline of textiles and the visual arts in general. He participated in the prestigious 12th International Biennial of Tapestry in Lausanne, Switzerland in 1985, and the equally notable International Triennial of Tapestry in Lodz, Poland in 2001, where he exhibited Ocean, one in a series of complex wall hangings comprised of thousands of toothpicks and thread – an indication that woven tapestry is now only one textile process among many, thanks to artists like Chan whose work is seen in a contemporary context of textiles as substance, structure and subject matter.